The Springfield Thunderbirds of the American Hockey League and the Springfield Rifles, western Massachusetts’ premier youth hockey program, are excited to announce a new partnership that will bring together two of the most iconic hockey organizations in the region.

Beginning with March tryouts for the upcoming 2022-23 season, the Rifles will be fully rebranded as the Springfield Junior Thunderbirds, taking on the moniker of Springfield’s AHL franchise for all girls and boys teams from Youth Level through Under 19s. This partnership creates synergy for two local organizations that share a mission of developing youth hockey players and cultivating talent throughout the western Massachusetts hockey community and beyond.

"Coach Brian Foley and his staff have built the Springfield Rifles organization into a highly-acclaimed program that develops players for high school, college, and professional competition," said Thunderbirds President Nathan Costa. "This partnership is another step in growing the Thunderbirds’ brand throughout the vast New England youth hockey scene.  We look forward to following these young athletes’ journeys, from the Junior Thunderbirds to perhaps one day becoming AHL Thunderbirds.”

Along with the name change, the Junior Thunderbirds players, coaches, and families can look forward to a number of additional benefits and engagement opportunities through this partnership. The upcoming Junior Thunderbirds’ season will begin with a celebratory kick-off event at a T-Birds’ home game at the MassMutual Center early in the 2022-23 AHL season. The youth teams will be able to enjoy other interactive experiences, including opportunities for youth players to spend time up close with the AHL Thunderbirds’ players and staff.

“This is a very exciting announcement for the Rifles organization to partner with the Thunderbirds,” said Rifles Founder and President Brian Foley. “Under the direction of Nate Costa and the local ownership group, the Thunderbirds have established themselves as the must-see sports attraction in Western Massachusetts, and we could not be happier to partner with our hometown AHL team. Our youth players will be ecstatic about wearing the same uniforms and sporting the same brand as their pro hockey heroes, and we cannot wait to see the impact of this collaboration for our players for years down the road.”

The Junior Thunderbirds will also be featured prominently on the AHL Thunderbirds’ wide-reaching social media platforms, enabling them to gain greater exposure throughout New England and the wider hockey community.

“It has always been our mission to grow the game of hockey and create fans locally from an early age, and having a Junior Thunderbirds program has been a vision of ours since our inception,” said Costa. “The partnership with the Rifles is a perfect fit that aligns with our vision and values of what youth hockey can do for our community, and we couldn’t be happier to be partnering with Brian, who has created a standard of excellence for youth hockey in Western Massachusetts.”

The Junior Thunderbirds will continue to skate out of the Olympia Ice Center, a beautiful 3 rink facility in West Springfield Mass.

The Springfield Rangers Mite program will continue on as the Rangers, and will still be the Mite affiliate with the program, as it was with the Rifles.

Established in 2016, the Springfield Thunderbirds are the American Hockey League affiliate of the 2019 Stanley Cup champion St. Louis Blues. The T-Birds are proudly owned and operated by a group of nearly 30 local business owners and community leaders that are committed to the growth and vitality of the Greater Springfield region. The Thunderbirds play their home games out of the MassMutual Center in downtown Springfield. Since their inception, the Thunderbirds have seen dozens of players develop and ultimately advance to the National Hockey League, including MacKenzie Weegar, Chris Driedger, Owen Tippett, Scott Perunovich, and Logan Brown, among others.

The Springfield Rifles are one of the largest youth hockey programs in New England with 28 teams. The Rifles provide a competitive hockey experience for male and female players at all age levels. Offering structured hockey development programs, the Rifles’ midget rosters include players from over 20 states and Canada. Many Rifles players have gone on to play for elite college hockey programs as well as professional teams, including the NHL, AHL and ECHL. Rifles teams play in the Elite 9, Boston Hockey League and participate in the Beast showcases among others. The Rifles draw players from the Springfield Rangers, a full-ice mite program with a focus on hockey development. 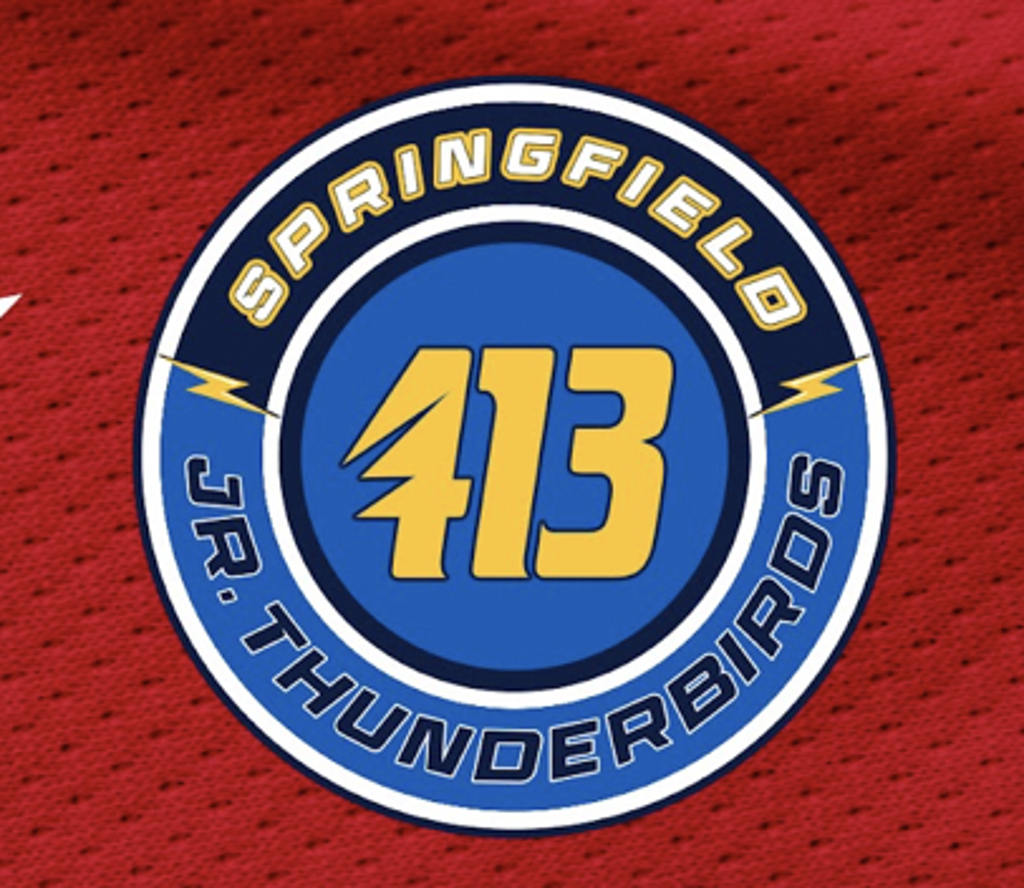